Musical ensemble specialized in medieval music and baroque music created in 2004, Sprezzatura developped along the years multiple projects around the dialog between different arts and cultures. Along with its activities of creation and production of events, concerts and shows, Sprezzatura has developped as well over the years educational, well-being and health activities (masterclasses, workshops, seminars…)

Sprezzatura seeks to enable the public to live an original and innovative artistic experience by redefining the spaces of expression and modes of transmission. The artistic projects are based upon the idea of a Dialog of Cultures, a sort of intimate conversation between voice, arts, people and aesthetics.
These values are at the heart of the new creation, Sprezza World, which combines and merges musical cultures from different time periods and continents.

Sprezzatura ssupports and produces itself regularly for visual arts projects with artists of Yishu-8 en France and in China, as well as with internationally renowned artists such as Pierre-Yves Trémois, Mauro Corda, Patrick Dewilde, Benjamin Lacombe or Christophe Dardeau.

Sprezzatura has been developing methods and organising for over 15 years workshops and seminars using music and vocal coaching for coaching, health care and prevention. 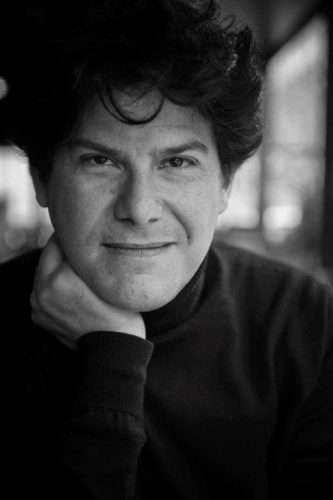 Singing from a young age in the greatest French ensembles such as Les Arts Florissants, the Musiciens du Louvre, Accentus, Opera Fuoco… He participates to many festivals and tours in France and abroad.

In 2004, he creates the ensemble « Sprezzatura » to promote early music and develop possibles dialogs between arts and cultures.

His personal story and projects also led him to develop an expertise around using voice and music for care and well-being. AirZen recently called him the ‘Contre-ténor du bien-être’.

Sébastien Fournier is ambassador of ONLYLYON